The competent authorities failed a terrorist attempt to smuggle large amounts of weapons and ammunition, some of which are Israeli made, from the southern region to the terrorist groups positioned in Homs northern countryside.
SANA reporter said that a patrol from the competent authorities on Wednesday acted upon accurate security information, ambushing one of the terrorists’ potential movement routes across the Badiya (Desert).
The seized weapons included a big number of mortar and rocket shells, large amounts of munitions of various light and medium types of weapons, in addition to Israeli-made medicines.
In a relevant context, the engineering units uncovered during combing operations in the liberated areas in eastern Ghouta a media center affiliated to al-Jazeera TV channel from which lies and fabrications were being churned in the context of the Channel’s direct involvement in shedding the Syrian blood.
The reporter said that the center contains satellite broadcasters, integrated technical equipment, video cameras, photocopiers, computers and large quantities of tapes, servers and printers, pointing out that they have been confiscated. 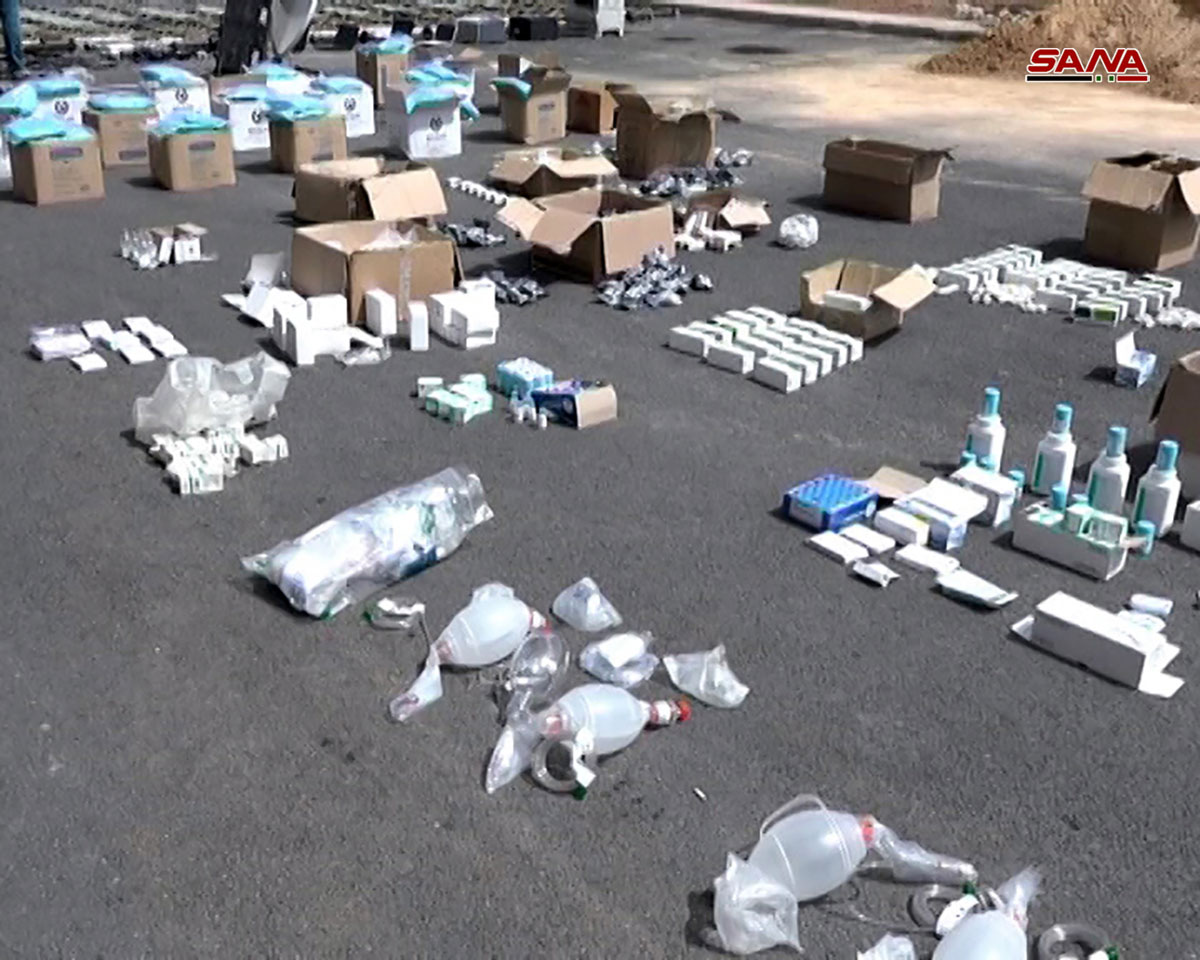 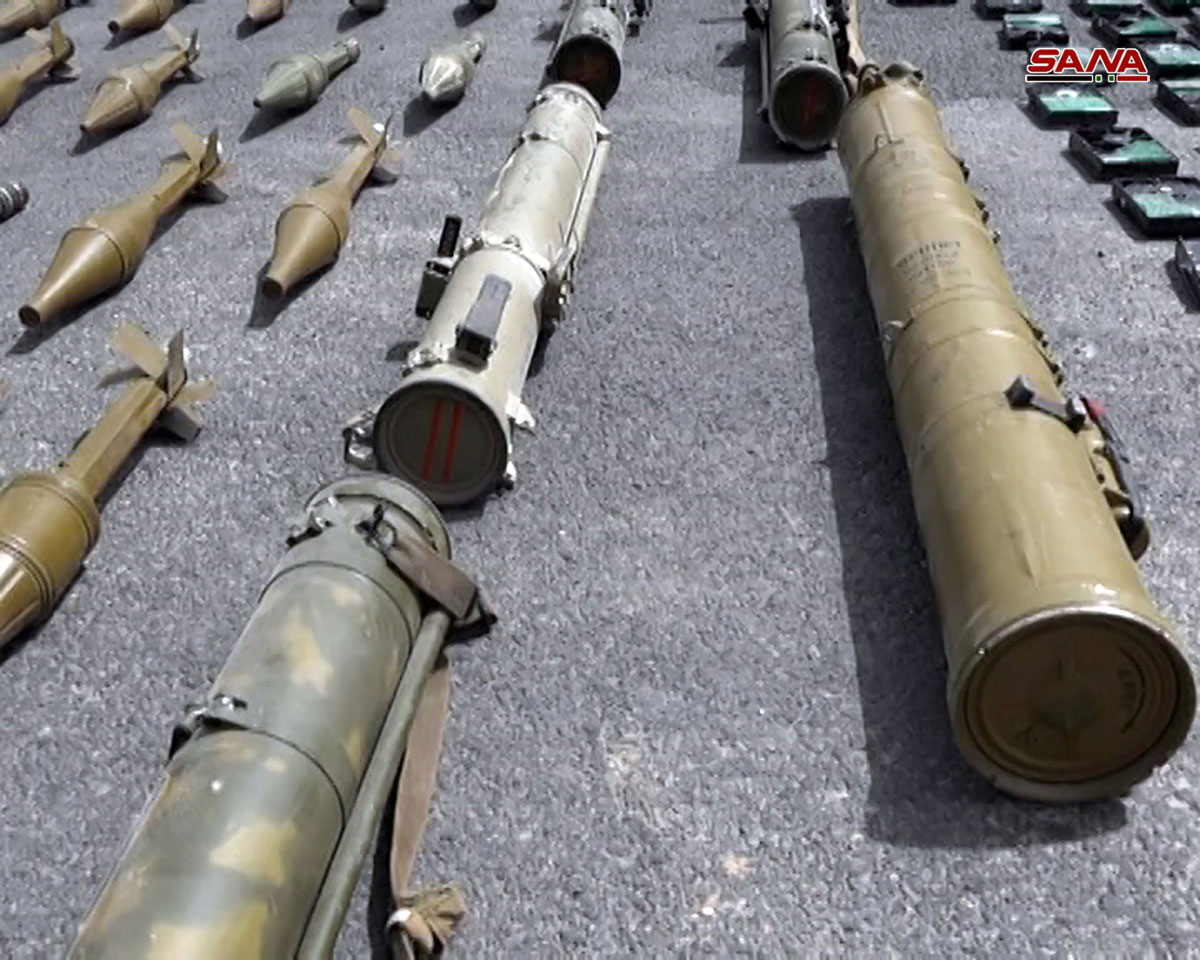 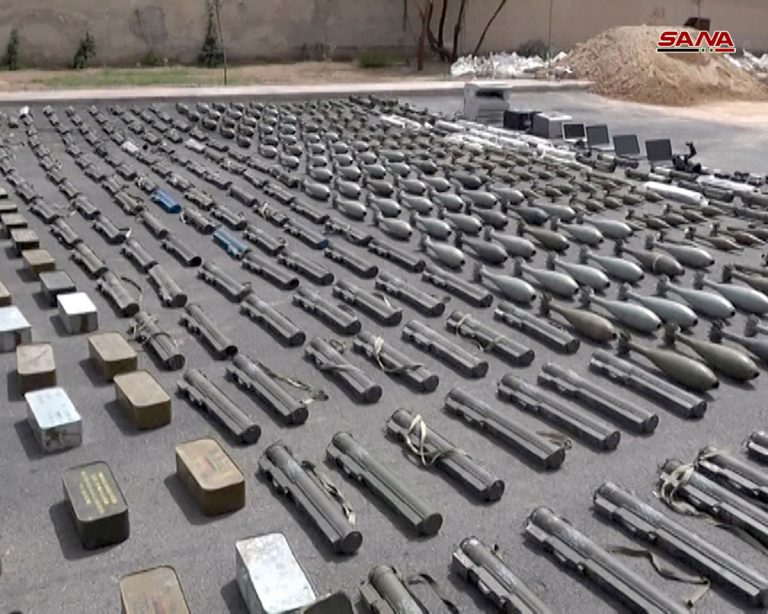 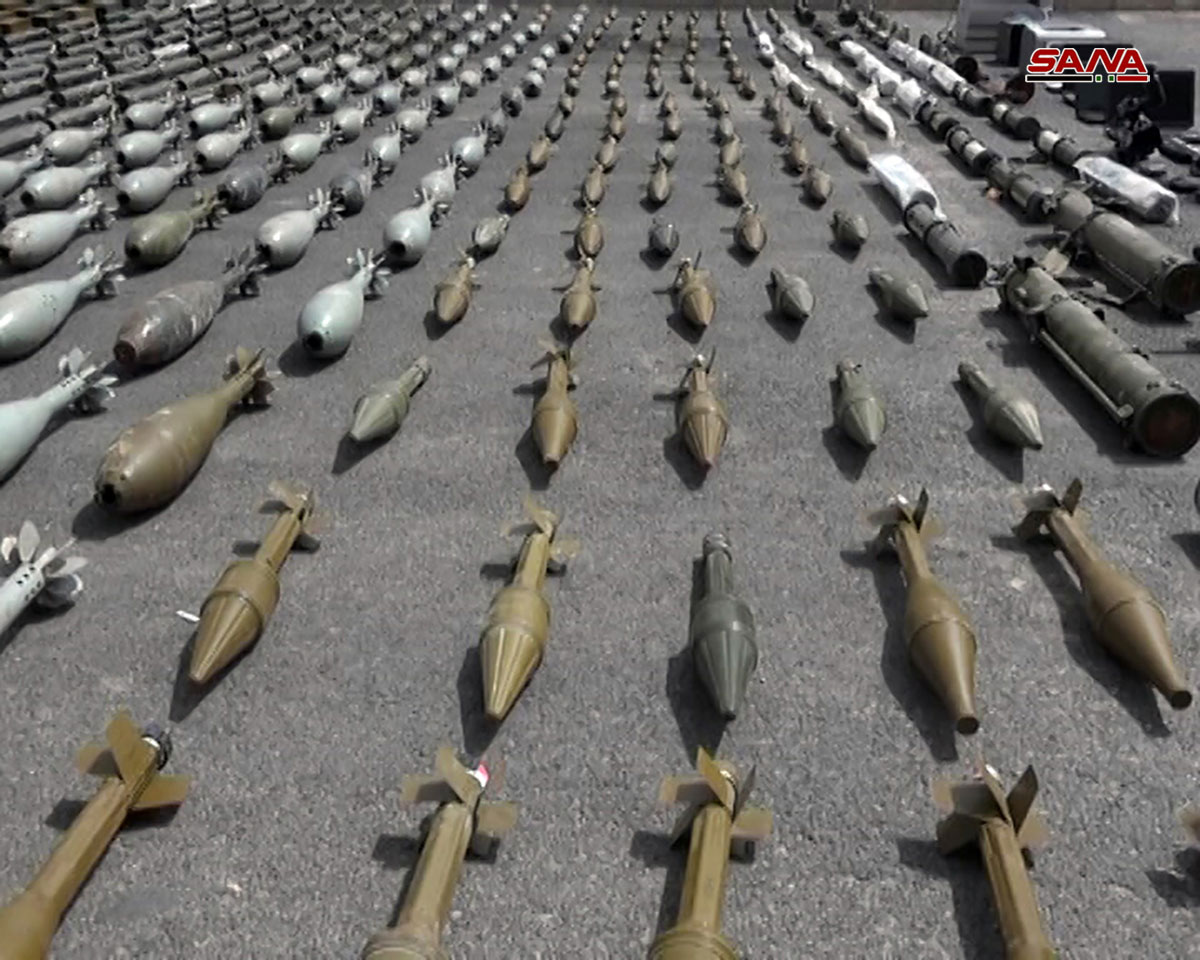 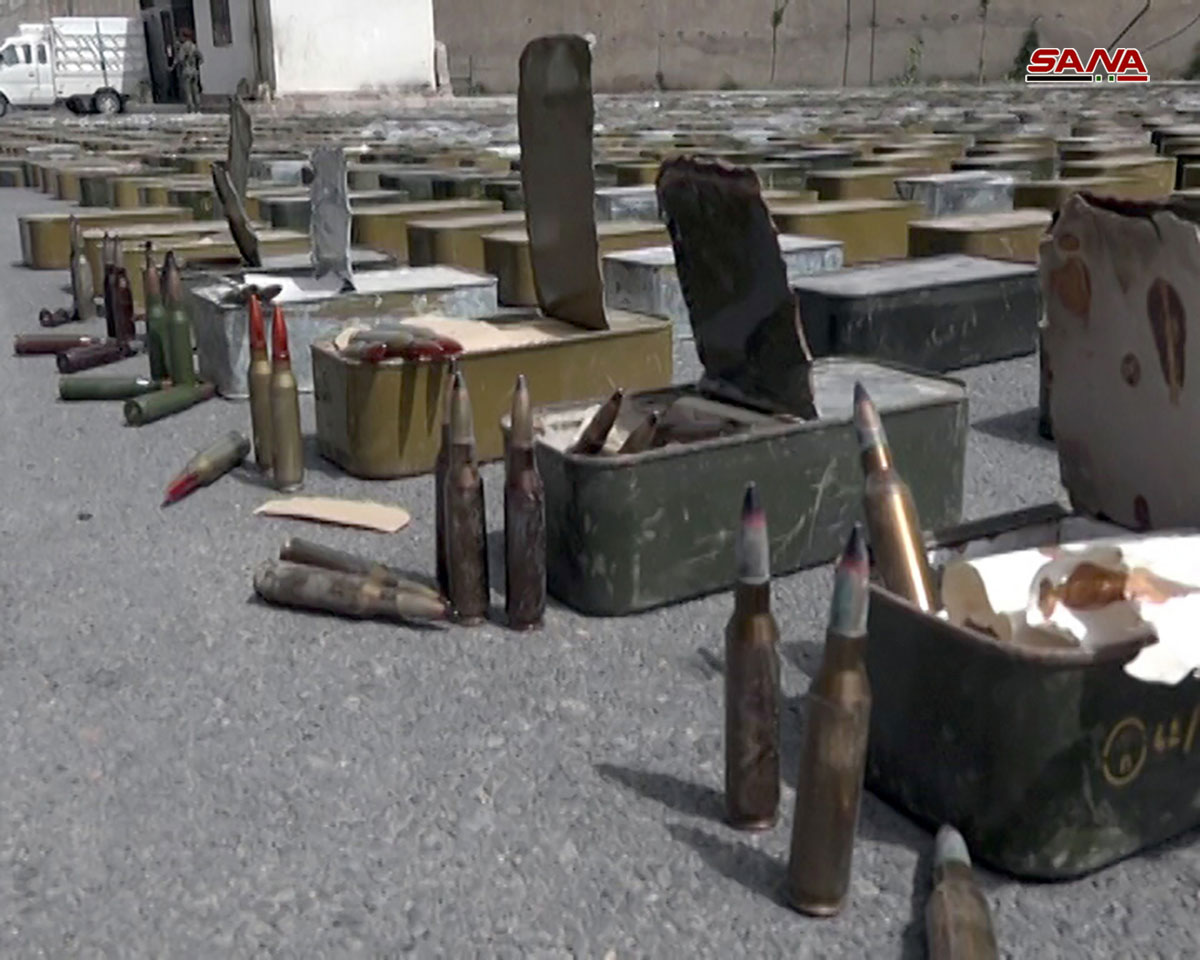 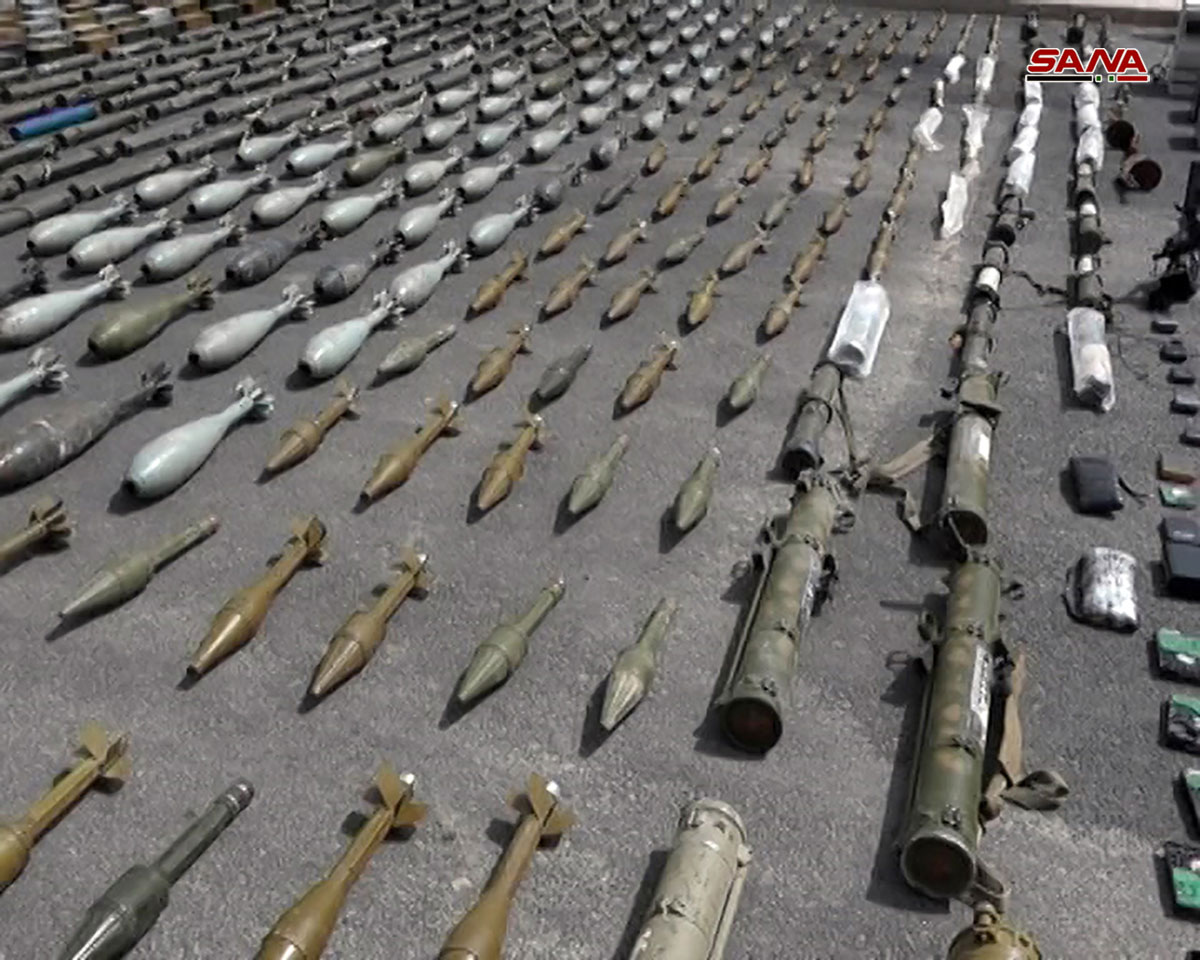 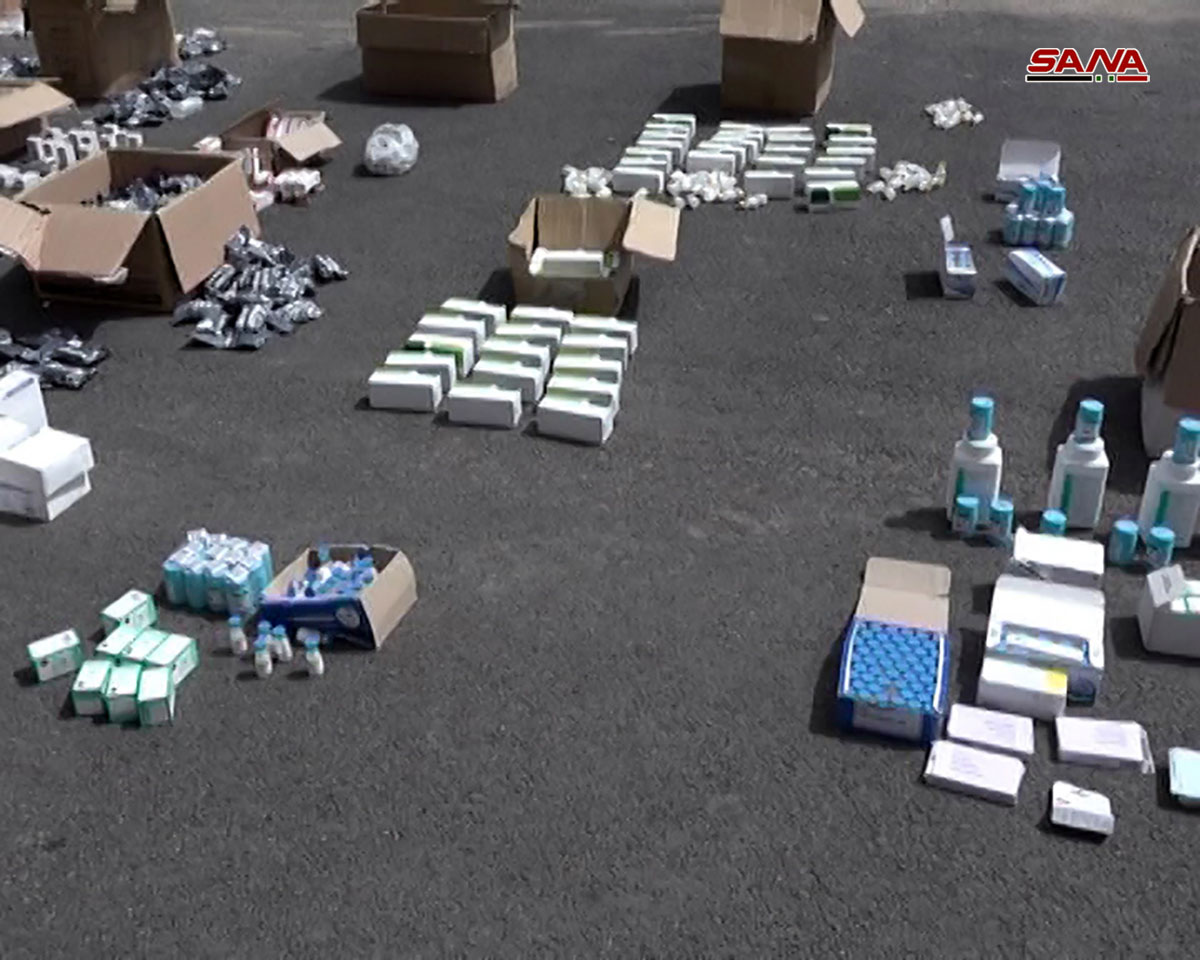 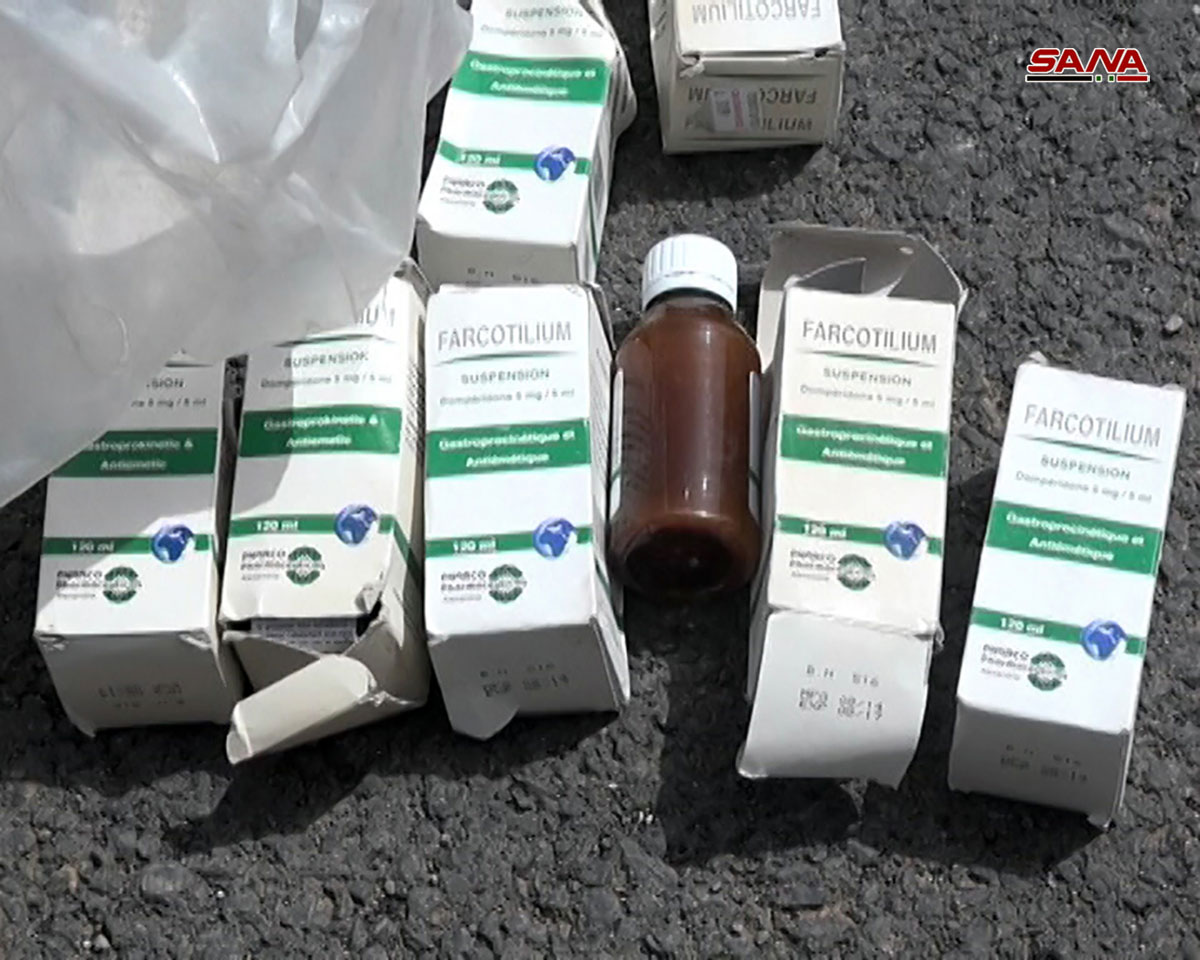 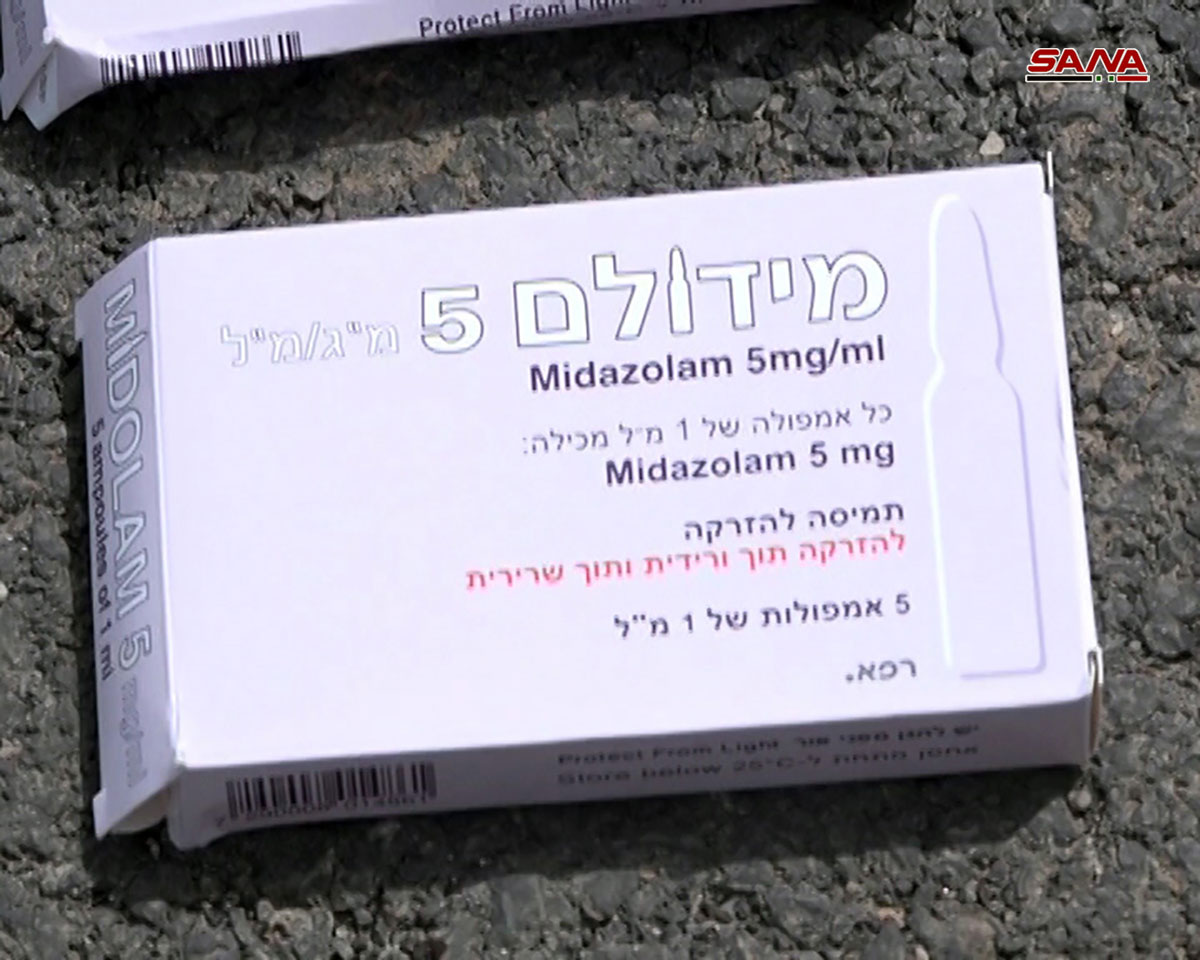