Terrorists from al-Rheibeh, Jairoud, and al-Nasseriyeh towns in eastern Qalamoun area in Damascus Countryside continued to hand over their heavy and medium weapons and ammunition in implementation of an evacuation agreement.
The agreement stipulates for evacuating terrorists and their families from the eastern Qalamoun area to northern Syria after they hand over their heavy and medium weapons.
SANA’s correspondent in eastern Qalamoun area said that terrorists positioned in Jabal al-Batra, al-Ghaliza and Jabal al-Ghar delivered large quantities of heavy and medium weapons on Sunday ahead of their withdrawal to the north of Syria, including American-made TOW missiles and guided rocket shells, some of them manufactured in Canada.
MANPADS, tens of RPG rounds, an electric machinegun and STEYR sniper were among the handed weapons, according to the correspondent, in addition to large amounts of ammunition and shells, including T-tanks shells, Katyusha, RPG and artillery 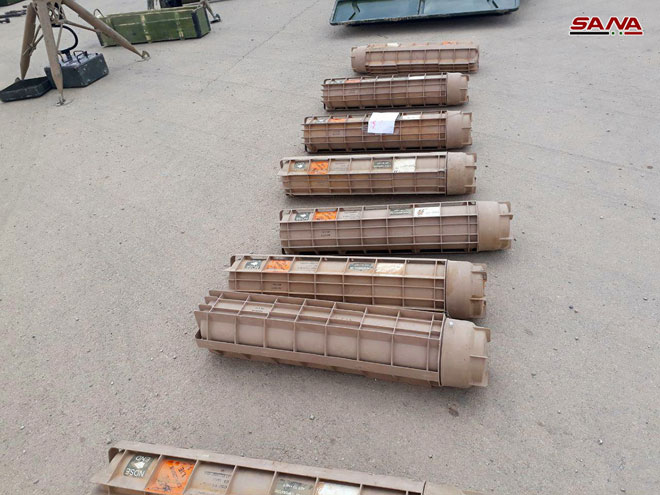 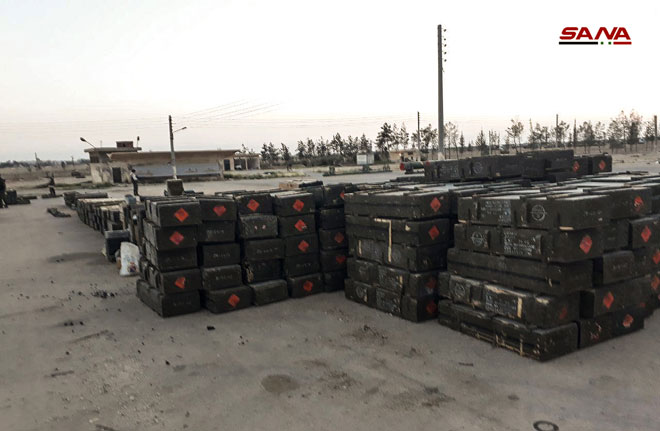 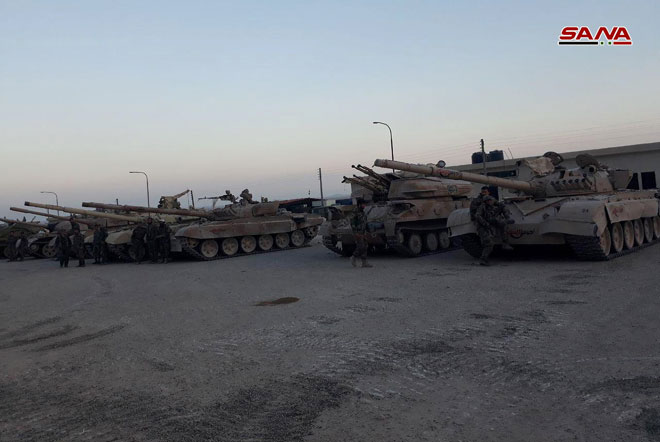 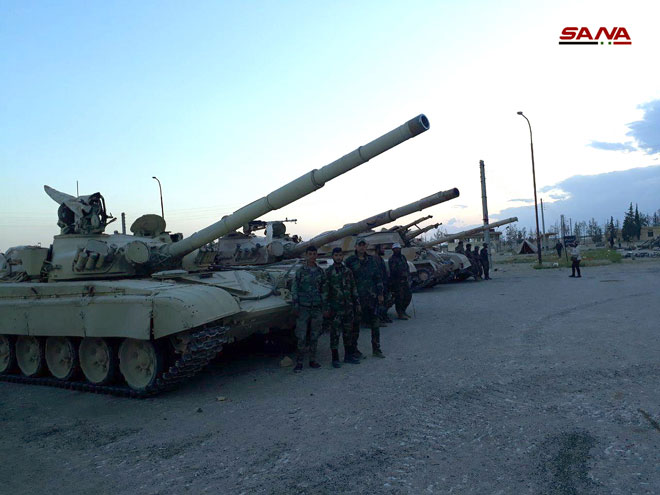 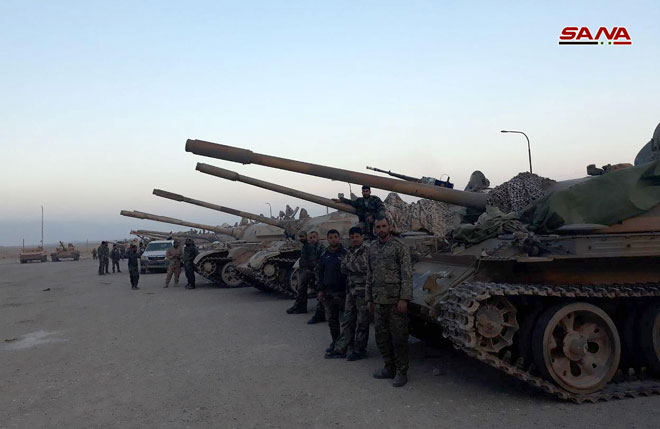 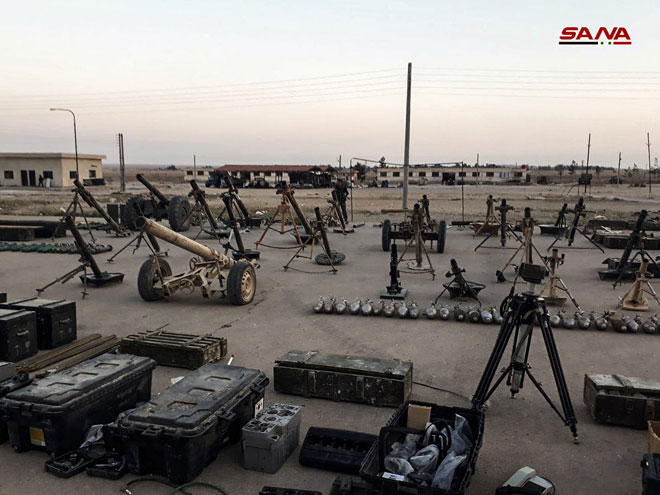 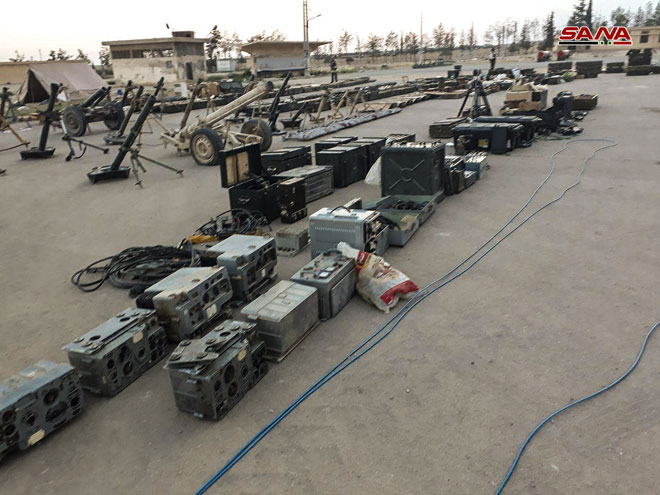 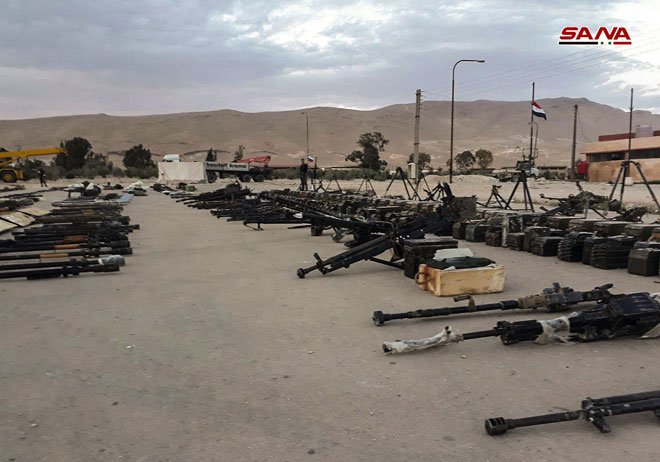 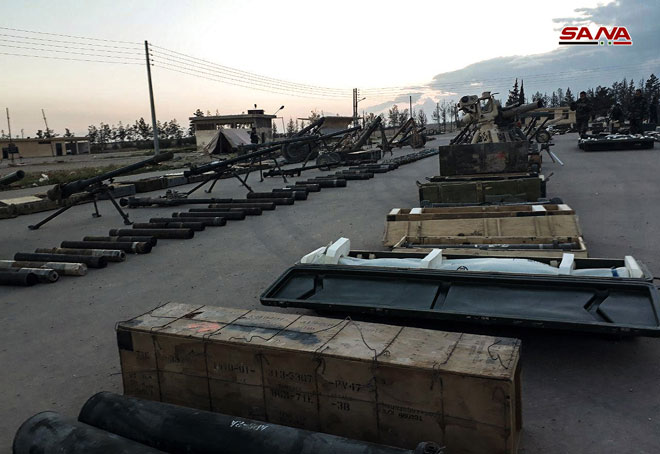 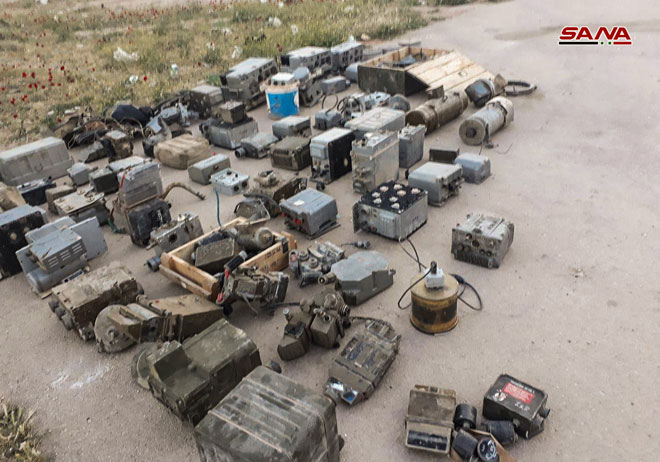 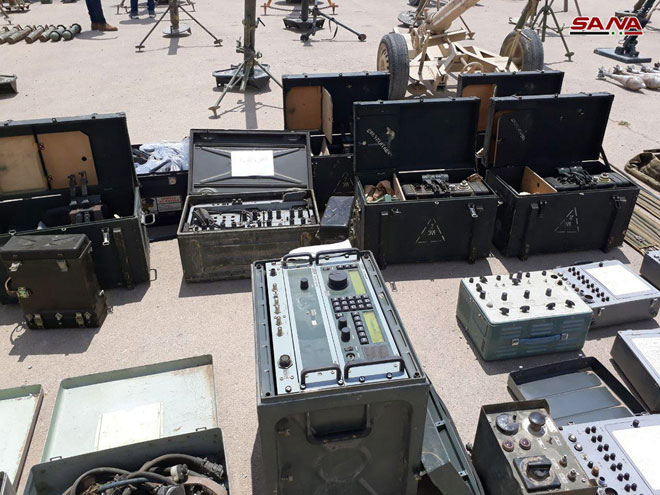 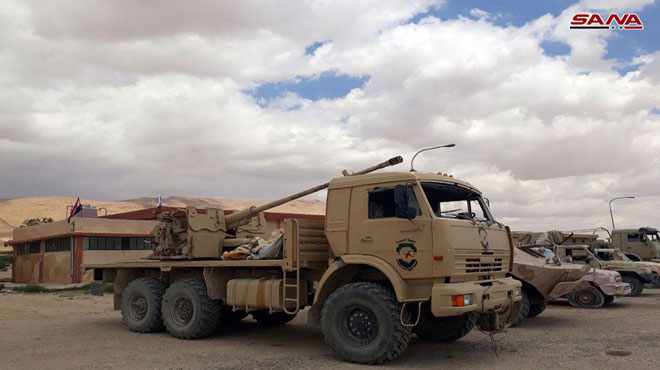