Hundreds of civilians, who were besieged by terrorist organizations inside Eastern Ghouta, have exited through Hamouriya safe corridor.
SANA’s correspondent to Hamouriya said that Syrian Arab Army on Friday secured the exit of hundreds of civilians, most of them children and women, from Eastern Ghouta via Hamouriya corridor, adding that army, in cooperation with the Syrian Arab Red Crescent (SARC), immediately received the evacuated civilianS and provided them with water and food in preparation to transport them to the well-equipped makeshift centers.
A number of the civilians who exited from Ghouta expressed happiness to escape from the terrorist organizations which had been holding them hostages in Eastern Ghouta where they suffered from humiliation, hunger, and daily attacks by terrorists,
They called the rest of the locals still being held by the terrorist organizations to stand against terrorists and to go to the nearest post of the Syrian Arab Army or to the humanitarian corridors.
On Thursday, thousands of civilians exited through the safe corridor of Hamouriya. 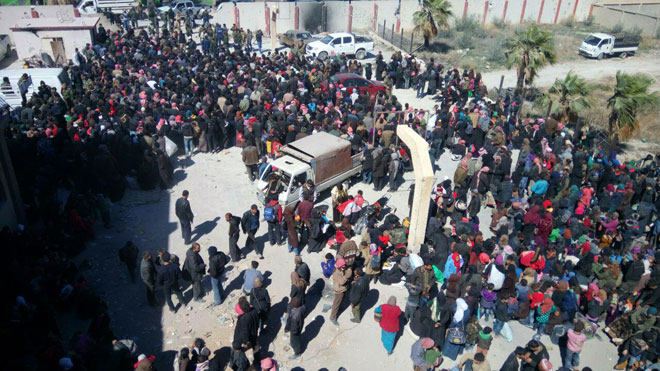 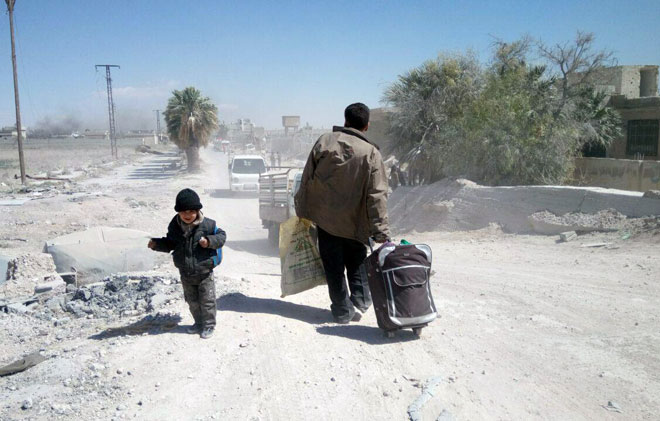 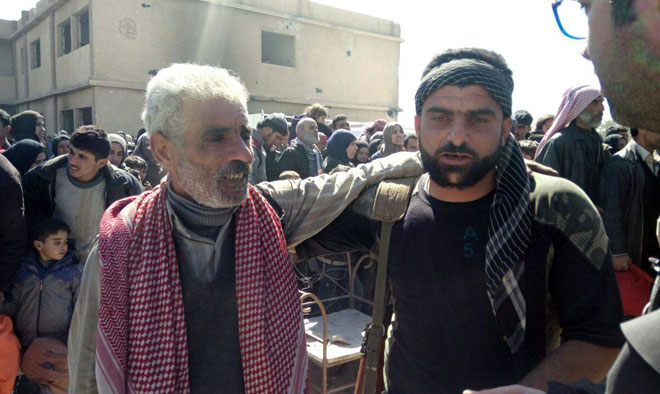 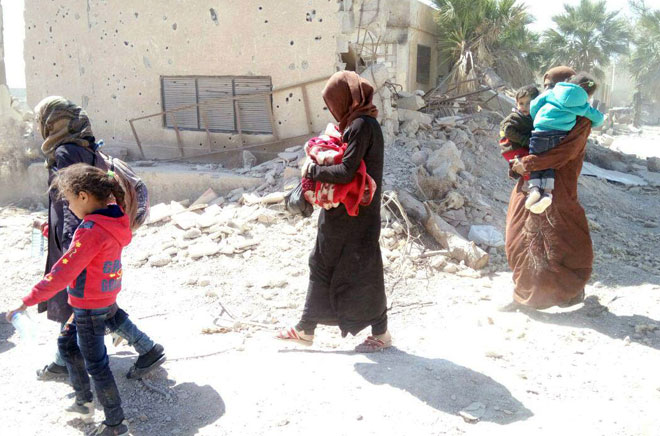