A Syrian Arab Army unit, in cooperation with competent authorities, discovered Friday a mass grave containing bodies of military personnel and civilians who were executed by Deash (ISIS) terrorists in the western countryside of Raqqa province.
A field commander told SANA reporter that a number of locals who returned to their villages in Raqqa province provided us with information about a mass grave near al-Ramthan area in western countryside of the city, so we headed to the site and started search process to find the suspected grave.
He added that crucial evidence on the presence of bodies was found therefore we contacted civil defense teams which started the exhumation of the martyrs’ bodies.
A civil defense official said that the bodies of 34 martyrs have been pulled out of the mass grave and transported to the Military Hospital in Aleppo for identification and other legal procedures.
SANA 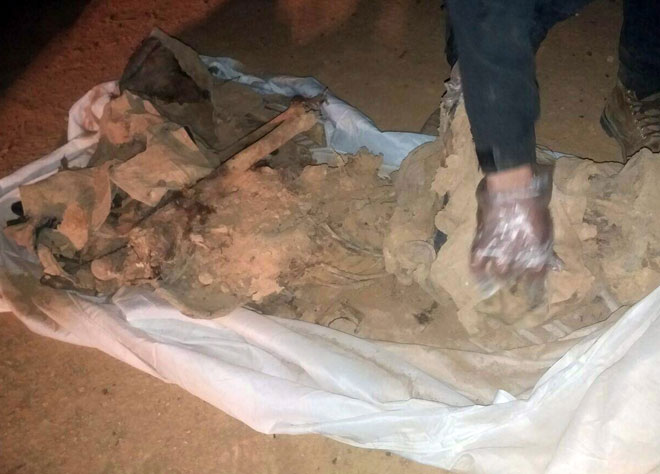 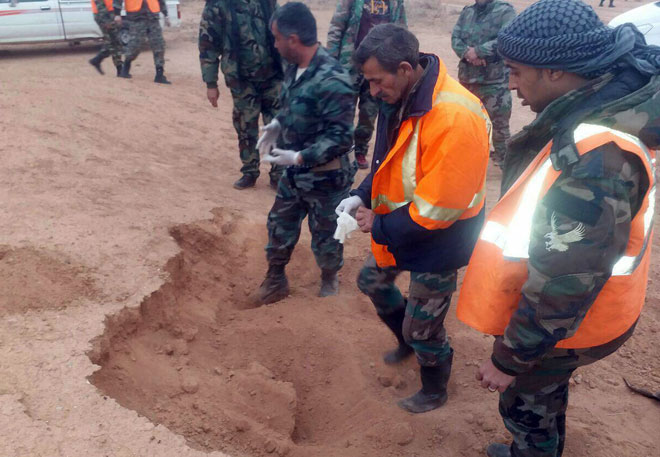 Breaking .. Israel strikes near Damascus airport less than an hour after targeting…