The Syrian army is continuing its offensive against terrorist bases in the vicinity of the As-Suwayda desert, near the strategic heights of Tulul al-Safa. The fighters deserted their bases along with weapons and beards, to leap at the chance to blend into the local population.

A video, provided by a Sputnik Arabic correspondent, features the weapons that were captured from terrorists, their positions in the rocks and piles of beards that the militants shaved off.

According to Sputnik’s reports from the ground, after losing access to major sources of water, Daesh militants were considerably weakened and were no longer ready for tough resistance to attacks by the Syrian army.

On September 30, over 6 square kilometers of the problematic mountainous area was liberated, where many fortified militant positions were discovered, along with arms and food warehouse, as well as a medical aid post. 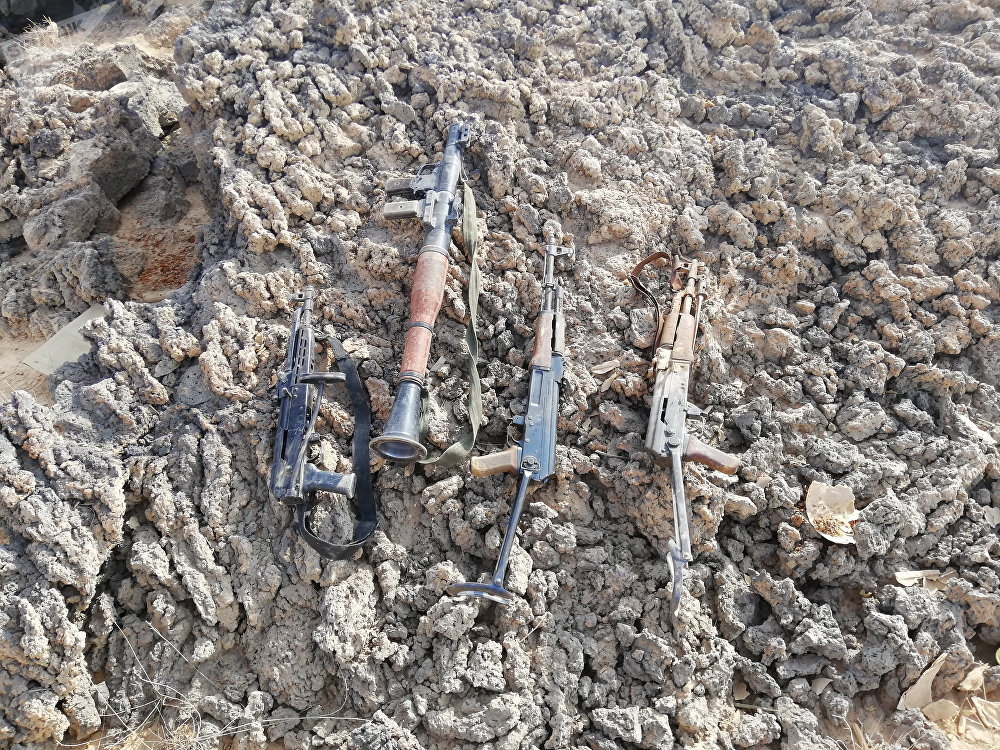 The correspondent noted that during the combing operation in the freed area, a large number of cotton bandages, medication packages and empty ampoules were found, which points to numerous injuries on the enemy side.

Almost everywhere, soldiers could see long shaved hair and beards, which could otherwise give away an Islamist. Militants may afterwards be heading for cities aiming to fade in among local men.

In deserted locations, one can typically come across donkey droppings, which points to the fact that these animals were used by terrorists to transport arms and heavy loads. It is impossible to use motor vehicles among rocks and cliffs, the Sputnik correspondent remarked.

The Syrian army went ahead the other day with its military operation against terrorists in the southern region of the country after a short pause, with troops making a number of territorial gains and killing tens of militants. Separately, the Syrian command has already cut off supplies of fresh water to militants, aiming to eliminate illegal armed groups before winter.

In August, the Russian General Staff confirmed that the Syrian government had successfully restored control over the provinces of Al-Suwayda, Daraa and Quneitra in the southern part of Syria.