Syrian government forces patrolling Douma have uncovered a makeshift chemical weapons factory, which was apparently used to brew deadly toxins by terrorists who were recently driven from the area.
An ongoing search operation in the Damascus suburb of Douma led to the discovery of a series of underground rooms that were apparently used by terrorists to make chemical weapons.
The labs are located in the basements of residential buildings and are linked by a network of tunnels. The tunnels also connect the labs to underground chemical storerooms and a weapon assembly area where poisons could be loaded into shells or rockets. 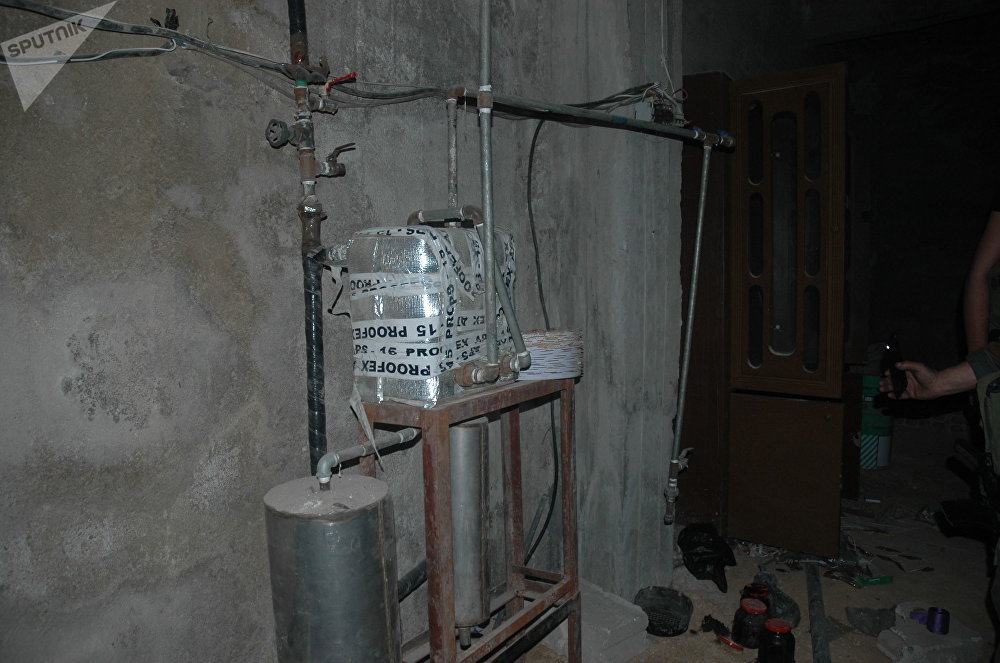 A source in the Syrian army told Sputnik that “many chemicals had ‘made in Saudi Arabia’ labels,” and that the area also contained numerous instruction manuals on making poisonous substances and explosives. Specialists working at the site also believe that the facility was used to help stage a provocation involving the use of chemical weapons in an attempt to blame it on Damascus, the source added.
Russian personnel are currently sweeping the area and studying the chemicals and documents that were abandoned by terrorists during their retreat.
Last week, a fact-finding mission of the Organization for the Prohibition of Chemical Weapons visited Douma to collect samples in a bid to investigate the alleged April 7 chemical attack.
The Syrian government denied responsibility for this incident, and earlier in March, the Russian Defense Ministry had warned that terrorists in Syria might be planning a false-flag attack involving chemical weapons.
The US, the UK and France opted not to await the investigation results and launched a massive missile strike against Syria, which they claimed targeted government facilities used to manufacture chemical weapons.
Sputnik