Nine abductees, including civilians and military personnel, who were kidnapped by the terrorist organizations in Tadef area in the northeastern countryside of Aleppo, have been released on Friday.
Speaking to SANA reporter, the liberated abductees said that they were held inside one of the terrorist organizations’ dens in al-Sheikh Yaqoub in the countryside of al-Bab area, expressing happiness over their release and the end of suffering and pain they experienced due to the terrorists’ torture and awful practices.
One of the liberated persons, Firas Zaitoun, said that the terrorists kidnapped him about a year ago, adding that he has never lost confidence in the Syrian army despite the suffering due to the terrorists’ criminal practices. 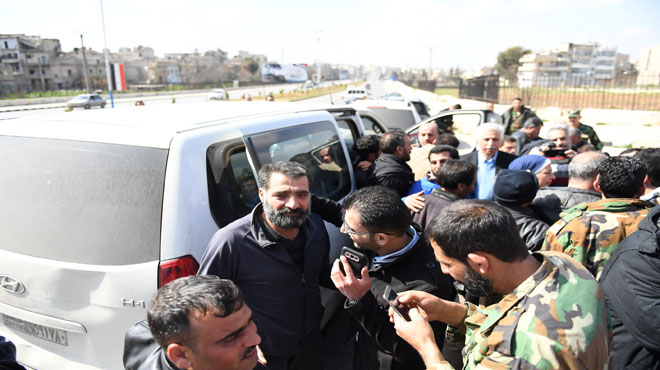 For his part, Hamza Mohsen al-Salem, who was kidnapped for more than 7 months, told SANA about the acts of torture committed by the terrorists against him and other abductees